The starting point of MTB route is Jaklići village situated on the north coast of Ramsko Jezero lake in Rama. From Jaklići village proceed on the paved road to the north course. The ascent leads to Raduša mountain. On the first crossroad keep right and on the second crossroad turn left on the paved road. After few hundred meters on the crossroad turn right on the carriageway. Very steep ascent with many turns leads  to the plateau near Jaklića Staje village. On the crossroad turn left for Jaklića Staje village. Just before the village there is a crossroad. Keep left and proceed on the carriageway above the village to the north west course. The carriageway continues through the forest. After about 8 km from Jaklića Staje village there is a crossroad. Turn left and after about 1.8 km on the crossroad turn right. After around 800 meters there is a crossroad above the small lake. Keep left and proceed on the carriageway. The trail leads near the lake Rumbočko Jezero and below  Idovac peak. Few hundred meters after the lake there is a junction. Turn right for Idovac peak. The carriageway ends about 40 meters below Idovac peak. You can leave the bike and hike to  Idovac peak. To ride back for Jaklići village ride to the last crossroad and turn right along the meadows to the south course. The steep descent leads to the village on Zahum plateau above Ramsko Jezero. Turn left in the village and ride on the unpaved road to the west course. At the end of the plateau the unpaved road turns into the steep and rocky carriageway that leads back to Jaklići village. There is a spring of water on the left side of the trail. Keep left on the junction and follow the steep and rocky carriageway until you reach the junction near the first houses of the village. Turn left and proceed straight above the village. Do not descent. On the next crossroad keep straight than turn right and descent to the starting point of the route in Jaklići village. Near the trail there is well known Šćit, The Franciscan Monastery. For more details check above Interactive Map and below Notes & Gallery of the route.

Notes & references: The route is recommended during late spring, summer or fall. GPS with uploaded route is a must. 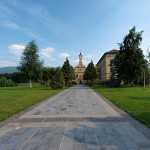 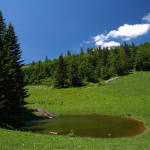 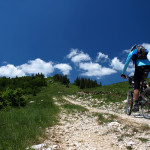 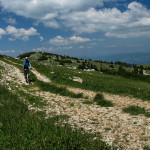 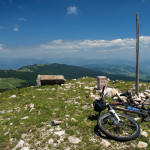 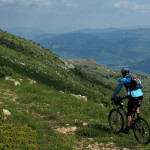 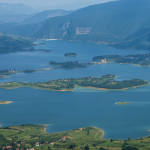