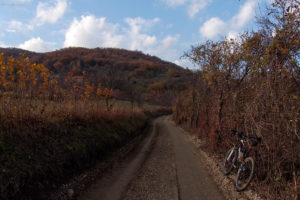 The mountain bike route Markuševac – Trnava is situated in the suburb of Zagreb named Markuševac.  Markuševac is situated in the north east area of Zagreb. The ascent section is fast and easy mostly placed on the unpaved road. After the rainy days the descent sections are muddy. Due to many unlabeled junctions GPS unit with uploaded route is recommended. The route can be combined with Gornja Trnava – Hunjka and Markuševački Makadam routes.

Getting there: Europe, Croatia, Zagreb, Markuševac.

The starting point of the mountain bike route is the suburb in Zagreb named Markuševac. At the crossroad near the church turn right, proceed straight for around 150 meters and than turn left. The paved road leads to the north course. At the next junction there is a crucifix. Turn left. After the short descent the steep ascent leads to the west course. Turn right at the next junction and proceed to the north west course. At the next junction keep right and proceed to the north west course on the unpaved road. The gradually ascent leads to the south side of Medvednica mountain. Keep right at the next 2 junctions. The unpaved road turns into the carriageway placed along the forest. The trail leads to the junctions with Gornja Trnava – Hunjka and Markuševački Makadam routes. Keep left at the junction with Gornja Trnava – Hunjka route and than keep right at the junction with Markuševački Makadam route. After a long section along the forest named Kaptolska Šuma, the short descent and then the ascent leads to the junction. Turn right at the junction and the long descent leads to the hard visible unlabeled junction. Turn right and and descend on the steep carriageway to the south course. At the saddle keep straight and the carriageway turns into the singletrack. After short ascent the steep descent leads to Trnava suburb. From Trnava proceed on the main road to the south, pass the short bridge, turn right and ride back to Markuševac. The paved road leads back to the starting point. For more details check above interactive Map and below Gallery & Notes of the route.

Elevation profile of MTB route from Markuševac to Trnava

The route is recommended during all seasons. During winter time check the snow conditions. GPS unit with uploaded route is a must. 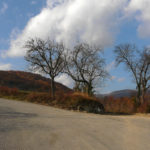 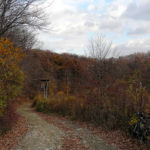 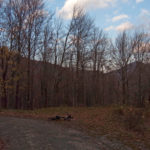 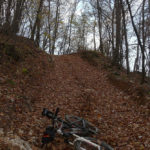 We use cookies to ensure that we give you the best experience on our website. If you continue to use this site I will assume that you accept it.Ok